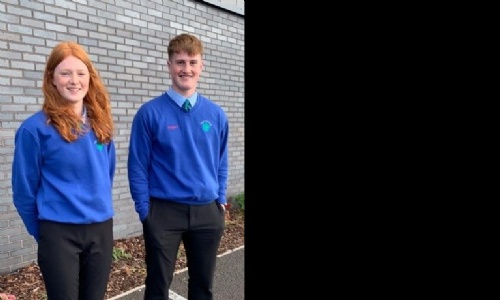 As our first Year 11 pupils in Bro Dur - it's a pleasure to announce that Morgan Francis and Efa Jones are the school's first Head Pupils.

It's a privilege to announce that a team of people are going to be assisting both in their work. In our morning assembly on September 18, the Chief Prefects were announced as: Lowri Gleaves , Tyler Kelly, Mali Loader and Maddie Pritchard.